Nice wooded sites. Great trails for hiking. I’ve gone though the lock many times fun to see it from land.

Park Is OK
Did a quick last minute trip to the park and staff was very helpful to get us a spot in the full campground. Spots seemed like they could all use some gravel. Driving required to get to hiking trails. The wooded spots in the east loop look like they would be quite the challenge for bigger rigs. This park doesn’t really offer to much without having to drive to it. Price was higher than all of the other Illinois state parks that we stayed at this year. Gates are locked from 10pm to 8:30am , you can go out but cant come back in during those hours (unless you want to run over the spike strips) . Rinse hose at dump station has to be held on which makes it pretty much impossible to rinse out you poop hose.

Camping And Rving
Don't understand all of the comments about camping. Go rough it for a while folks. Yes, the first Campground is lacking in the shade department on the east side, but pretty wooded on the west. Obviously I was there in March, but the sun is welcomed then of course. Don't go by the reviews, come and see for yourself.

Off Season Ok
We camped here during spring break so we missed out on the crowds. But from knowing this park well, I wouldn’t want to camp here during peak season. The only loop open for camping was the west loop. And with one bath house with only two showers in that loop... ya, I’d imagine it’d be nuts. We had no issues with the park or the crowds this week however: the campground was only a quarter full. The ground was very muddy however from recent rains/snowmelt, so using the fire pit was impossible unless you had rubber boots. But we were there mainly to hike and see the beauty that is Starved Rock. Definitely will camp here again, but not during peak time.

Go Hiking, Camp Elsewhere
Hiking is some of the best I’ve done. Campground...leaves things to be desired. We stayed here several years ago and was disappointed. The campground is MILES from the actual park, so if you want to hike, you have to drive. The playground equipment was from the 70s and the campground felt like an open pasture. Not what I was expecting. I would strongly encourage people to book elsewhere and drive to the park to hike since you have to do it anyway. Also, drive to Matthiansen? State Park to hike. You will not be disappointed.

Hiking GREAT , Camping NOT !
Let me start by saying we love the area and this was our fifth camping trip this summer (2017) in state parks. The hiking was awesome but crowded , parking was very difficult but well worth it once in the park , however , our experience with the camp ground was not as pleasant. Shower and bathrooms were DIRTY and over run with campers (2 showers and 1 stall ) for men and (2 showers 2 stalls for women ) on each loop to service over 75 camp sites each. The Dumpsters were overflowing and it was very evident that the camp ground was under staffed and in serious need of updateing. We will return for the hiking and beautiful sights , but will never again stay at the camp ground. We love staying in the state parks , but it was obvious that recient growth in popularity has caused issues with this camp ground .

Go For Hikes & Scenery, Not The Camping.
The scenery and hiking more than make up for what lacks in the campground. Do yourself a favor, plan a trip here now!! I recommend going during the week. I hear the weekends are very crowded. We went in mid-June, 2017. We stayed at site 95, in our hybrid camper, but I'd say site 29 is hands down the best. Roomy, shaded, but not too overgrown. The park has wooded sites or non-wooded. Translation: wooded sites are heavily wooded and not manicured at all and non-wooded sites are in an open field, with no trees or shade. Pick your poison if you go in the summer. You're either swarmed by relentless bugs at the wooded sites or you're out in the open in the blistering sun at the non-wooded sites. The electric (30 amp) at our site was sketchy. The breaker tripped 2-3 times a day and it was not due to us trying to run too much stuff. Shower houses were okay. Water is push button activated and only comes out in five second cycles, even if you hold it in. So that's kind of annoying. 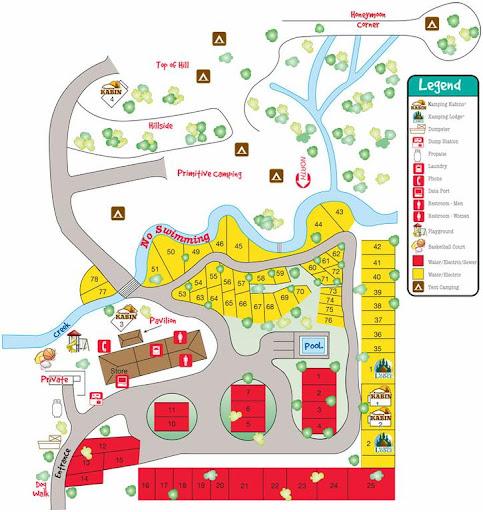 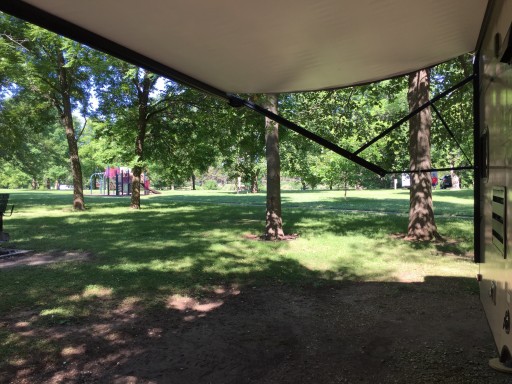 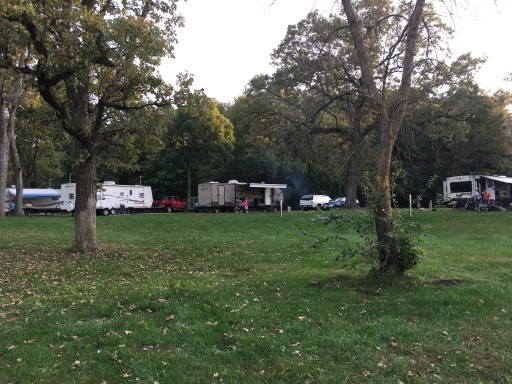 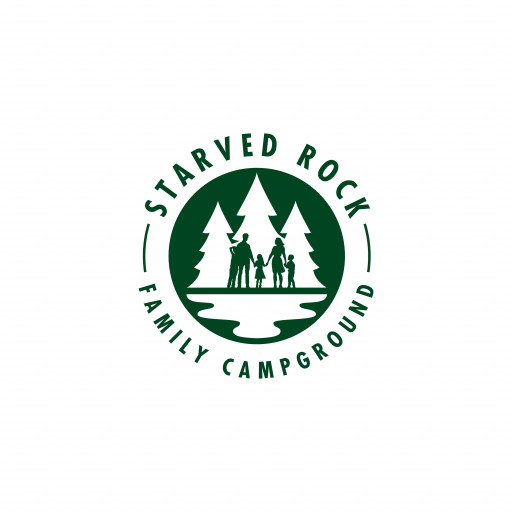