Just Ok
We had a river spot in the east campground. Not able to fish from campsites,10-15’ drop off and inaccessible . There are plenty of areas to shore fish to the east at mallard bay or to the west down toward the locks. Shower house/bathroom clean with hot water and seems to be a newer building. Pit toilets were all pretty clean all though most had graffiti on them. Concession building looks to be 80% complete on a rebuild.Pavilion is half barricaded off because the walls are coming apart. West campground looks to be in pretty bad shape with multiple spots barricaded off. There is a bike path over the river to go into town which is on the other side of the river. Not really much to do at this park except watch the boats go by or go down to the locks. The roughest shape of any of the state parks we have stayed at but looks like they are trying to put money back into it.

Nice CG, But Not For Us
Based on reviews on 2 different apps, we booked 3 nights here. Both apps and web site said water hook ups included. We arrived after a long travel day and found this was an electric only site. Thank God I had filled my fw tank. The site was level and had ample gravel, but that was it for amenities. Bathroom/showers were disgusting, no WiFi or antenna service, loud kids running everywhere including our site. Absolutely nothing to do in the area, except paying respect at the Middle East Conflict Memorial, which was beautiful and so well done within a mile or so. We're glampers, so take this review as you will. The river and barges were pretty. We left after one day to head to a KOA Just not our cup of tea. Bugs were horrible too.

New RV’er
Nice,clean, & relaxing park. Enjoyed watching the barges going by every once and a while.

Gem!
Stayed overnight with electric only $20.00. While you can’t pick the camphost or fellow campers I’d pick these! After being hit by a tornado losing power trees down, there was cleaning up to do. And everyone we met was cheerfully dealing with the situation. Walking and cycling trails. No barge traffic as locks are being repaired.

Quiet Alternative To Starved Rock
We wanted to take a last minute trip to Starved Rock but they had no trailer sites available. Illini State Park is about 30 minutes away with none of the crowd we saw at Starved Rock. Sites are well spaced but there's no cover between them. This wasn't an issue on our trip as campers that weekend were by and large quiet and considerate. We noted that there were an abundance of tent sites, mostly unused. We stayed in the Great Falls loop. The bathrooms for this loop were adequate and clean. No problems with the electric or fill station. Lower numbered sites all have river views. Barge traffic was light but I think that's because of the high river level and ACOE work on the locks. Our neighbors told us at the same time last year they were woken up nightly by barges blowing their horns. There are train tracks across the river, and when a train is going through you'll hear that as well, but overall a relaxing place to stay.

Nice Park For Weekend Getaway
We stayed here for a long weekend to getaway from the Chicago suburbs. Was very nice. Quiet and well kept. We were very close to the bathrooms, which were cleaned daily. Cell signal was decent, two to three bars with at&t. My only complaint is that the White Tail river loop is the only part of the campgrounds that are worth staying in. The rest, especially the non electric sites, need some serious tlc.

Great place, very good value, nice people. I only had one night on my way back to Colorado from Michigan but wish I could have stayed several nights.

Good State Park
Lower site number are river facing. Locks only about 3 miles away, good trip to watch the process. Will come back.

Campground is right on the river. Lots of barge traffic which is fun to watch. However, bring your own water. The water here smells like sulfur. 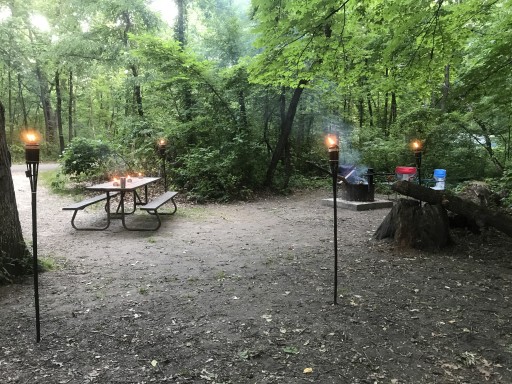 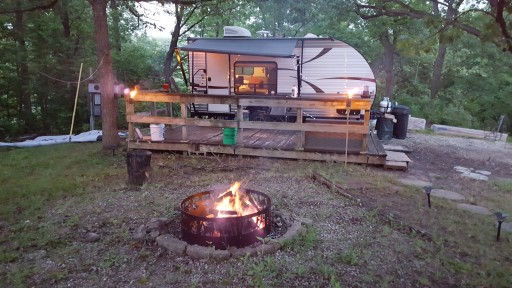 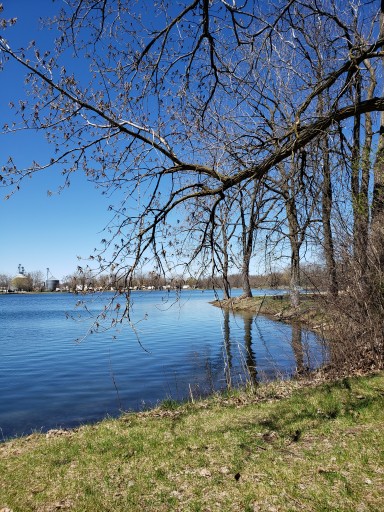 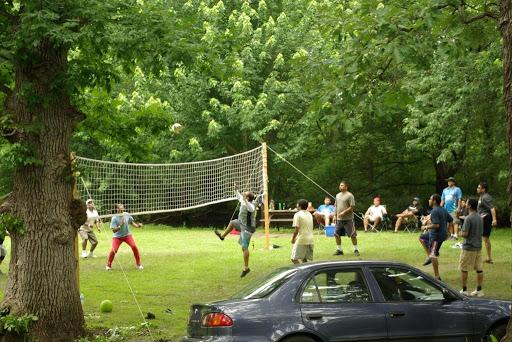 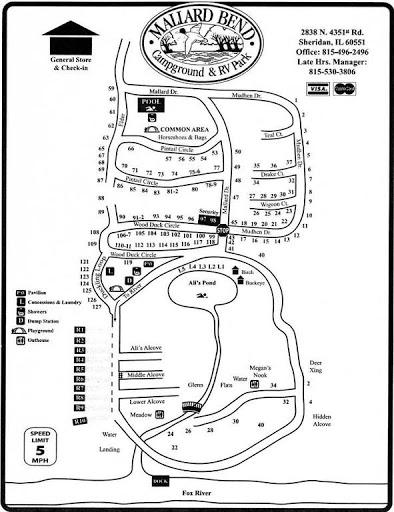