Nice But Has Limitations
Stayed for a week mid-October. Arrived in a snowstorm, was directed to park in a site parallel to the main entrance, was east to get into, good utilities. Camp side there was a large covered picnic area that would have been shared if we had a neighbor. Still not as close as sites are in most campgrounds, could not extend our awning fully but with the pavilion we didn’t need to. Great laundry facilities. Convenient to attractions in the area. It appears the park was designed many years ago when RVs were much smaller. There are a limited number of sites that will accommodate big rigs and maneuvering to them would be a problem if the park was near capacity.

It's Convenient
Just an ok park. Our site was at the back of the park. Pull thru site with full hook up. Site barely fit our 30 ft on it, no place to park our truck. Good thing there wasn't anyone next to us, we parked on that site. Open the front door there is a tree 10 ft away, can't put the awning out. In back of us are some mobil homes with lots of old cars, not a good view. And about 4 am the big diesel trucks start rolling out to go to work I assume. Pool looks like it could use some updating. Office people were nice and helpful. I choose this place because it is convenient to Black Hills, MT Rushmore and other places we wanted to see.

Pricey But Nice (Off-season)
Nice spot to stay off season, I think during summer it would probably be too crowded for my liking. WiFi was good, bathrooms large, clean, and water was hot. Not too much else to ask for.

Squeezed In
If you like to hear your neighbors conversation this is for you. Site we had had a SHARED covered picnic area between you and the neighbor. It was like we had no choice but to breathe each other’s air! Too close for comfort! All rigs are squeezed in.

Nice Family Oriented Park
Reasonably level sites with utilities mid site. Most sites have lighted shelter as well as picnic table and fire ring. Adequate grassy area but each site. Free Cable TV with multiple channels at all hookup sites. Laundry, Pool and basketball court. Some longer term residents on the outer edges of the park. One time $2 pet charge. Verizon signal generally 3 bars. Some highway noise can be heard when the air conditioner was not running. Also have motel rooms and cabins. Say they have free wireless internet but I did not try it. Did briefly lose power one hot day (thus downgrading from a 5 star experience). Had we not been here at the time it could have been serious for our pet.

Recently stayed four nights at the hotel. We were charged more than what the website rates advertised, the rooms are very old and in need of an update, the WiFi was non existent and the room was not cleaned for our entire stay. The only thing they supplied was towels and they looked like the ones I use to wash my car with. Soap and shampoo was also not provided. DO NOT STAY AT THIS HOTEL!!! There are many other very nice places in the area, all of which I’m sure are better than this one.

Stayed 3 nights in June. 40 ft. toy hauler F350 CC 8ft bed. We had a site on the end no problem getting in or out. Had to park the truck sideways so the people behind us could get out. Lots of big RVs there but the sites are a little tight. People were nice and we would stay here again.

Nice Older Park
Nice mostly level, gravel sites. Small older park so large forty foot RVs were not even a pipe dream at the time. You can still get large RVs in. Staff nice and try to help. Tow vehicles for forty or larger RVs do need to be parked beside the rv. Standard park wifi. Facilities are clean and seem to have been upgraded a few years ago. Nice mature shade trees. Would suggest if you are just starting with your rv to let them know in the office so they can route you properly. All in all not a bad place with nice shade.

Lovely, Friendly Park
We dropped in for one night on our way through, and couldn't have been more warmly received; every staff member we spoke to was eager to be helpful and very kind. The sites were generally gravel, but quite level, with small, shaded picnic shelters between them in our area. The grounds are nicely kept. The wifi was very spotty, and unsecured; that's the primary reason I deducted a star. That said, we had a lovely experience and I would not hesitate to come here again.

Horrible! Worst We've Stayed At
Made a reservation a couple months ahead of time from south Texas and specially requested a site large enough to accommodate a 38ft travel trailer, crew cab dually, and 4 door sedan. They assured me over the phone they had a site to accommodate me. Got there around 3am and nearly got stuck because it was so crowded and the turns are very sharp for large RVs to maneuver. Not to mention people seem to be allowed to park with their vehicles partially in the roads because the sites are obviously too small. We had NO phone service and had to park two spaces away from our RV, and we only brought the truck! The site we were given barely accommodated our camper! Complained the next day and were told no refunds! So we paid 800 bucks to stay at a crappy RV camp for two weeks, a we went to Rapid City RV ASAP. Worst experience we've had so far and my advice is NEVER reserve a space over the phone without something in writing from the RV park describing your site! WILL NEVER STAY HERE AGAIN!!!!!!!!

Not As Advertised
We chose this park only because their site says they have on site rental cars. ..they do not. .. WiFi was spotty at best. ..restrooms were average. .if came again we would stay at one of the many many nicer campgrounds nearer mt Rushmore 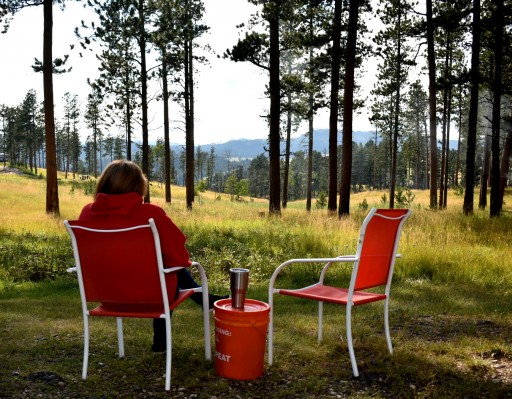 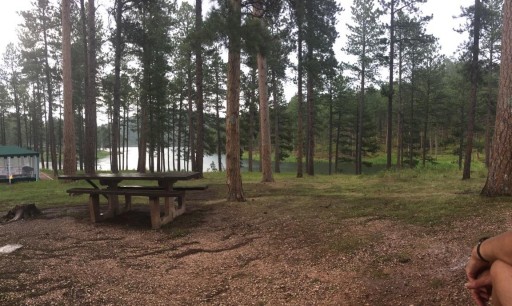 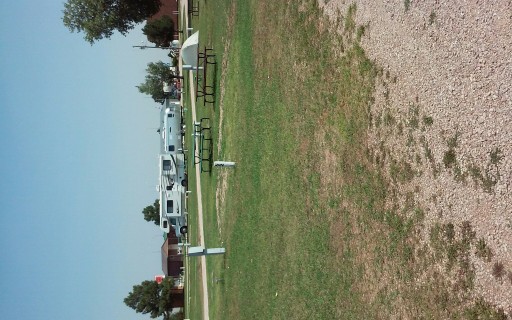 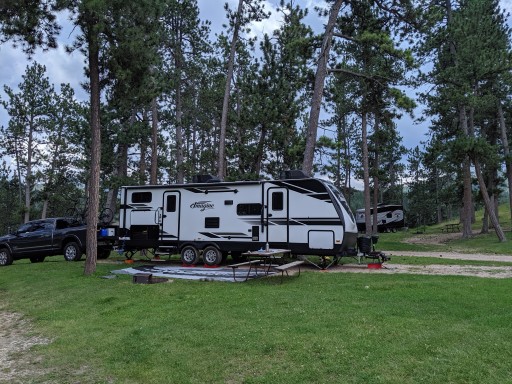 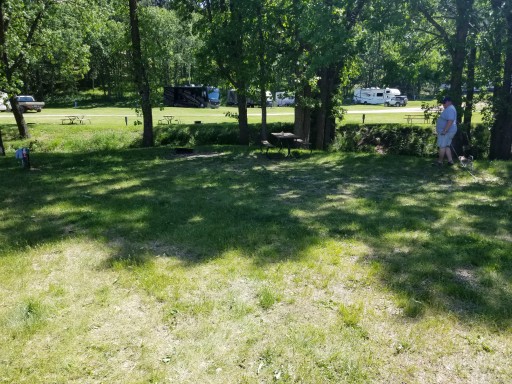