It could be a 5 but the stickers make the sites almost unusable.

Nice, But...
It could be great, but the city has apparently ignored the park this year. Too bad since there is a great playground (no one there), swimming pool (closed before Labor Day), and miniature golf right there. The golf course, though, is in full swing. 1) CHECK YOUR ELECTRICAL PEDESTAL BEFORE PLUGGING IN! Many test bad with "open ground". A couple of campers we talked with didn't do so and were having electrical problems. One moved to a different site whereas the other left. Upon arrival we phoned the number (city hall) who said they'd alert the right people. Nothing happened. Days later a couple of workers at a trash bin were asked and they knew nothing about the electrical problems. 2) The bathhouse is not maintained. The same dead bugs on the floor were in the same place all week. One of the men's toilets wasn't bolted to the floor. Bring your own toilet paper. 3) Watch out for the prickers (Goat Heads). But... for $12/night it's still a great deal in a pretty setting.

As Advertised
Great free park. Just a back in parking lot, but comes with water, electricity and a big park.

Very Nice City Park
This is a very nice and inexpensive city park. We used the electric, but did not hook up to water. Bathrooms were locked for the off season. Park is very quiet as we were the only campers there. Will come again if heading this way.

Good But Stickers
We stayed,in this part for two nights at 12 dollars per night. It was quiet and felt secure, however, if you have children or pets beware of all the stickers. I have never been in a place that had so many. Our small dog became terrified to walk in the grass after having gotten many stickers in his small paws.

We have stayed at this RV park three or four times in the last year heading south from Arkansas. It is perfect because it's about 6 hours from our home. It's a great little place and so inexpensive. However when we were there last, due to flooding within the last month or so, there was some major mud, and puddles because they were working on the repair of the flooded mini golf course.

Pam and Darle’s Adventures
We stayed here on June 5, 2018. Very nice little park for the price. We stayed one night and paid $12.00. No one collected it, we just dropped it in a can. We stayed in pull through lot 69. We have a 30 amp but the 30 amp service did not work, so used a reducer from the 50 amp service. The only issues had was with one of the guest. We first parked next to him and noticed water was pouring out of his water hose at the connection to his trailer. He was not there so I just turned it off. When he got back with his two young kids, I told him about it. He said he knew it was leaking and needed a new o-ring. Told his young daughter to turn it back on so he could take a shower. Next thing we knew, grey water was running on the ground from his open dump connection. We did not want to be near that so we moved. Woke up the next morning and the water was still leaking. He looked almost like a full timer there. We did inform the park ranger before we left.

Awesome park. Nice level drive through spots and easy on and off route 44. Lovely pool and mini golf on the wide open property. I highly recommend.

Quiet and convenient
I appreciate the availability of this overnight spot. It is easy access from the interstate. The bathroom lights didn't work on the men's side. The power didn't work in my first pull-in, #71. Moved to the next spot and the power worked fine. I would definitely stop in again for an overnight.

Fall 2017
Nice to wake up to the sounds of fall. Beautiful city campground like the ones I remember growing up. Not too much glitz. Just nice things to do with your family. Very clean and friendly. Lots of space between units. Thank you Sayer for sharing your park.

Great Spot
What an awesome place! Only $12 on the honor system, water and electric with a dump station. Toilets and a shower though they are fairly rustic but clean. Multiple playgrounds for the kids, mini golf for $2 tuesday through Saturday nights. There is a pool here but I am not sure of the rules for use. Tennis courts, tables at each site, a couple of grills. Nice level, long pull through gravel spot (long enough for our truck, 32' camper and our minivan and each spot gets a big grassy area (though there are some stickers in the grass). Easy access from the 40. And the phone number listed here goes to city hall but the lady who answered the phone was very helpful. Overall we loved it here and would definitely recommend it and stop here again 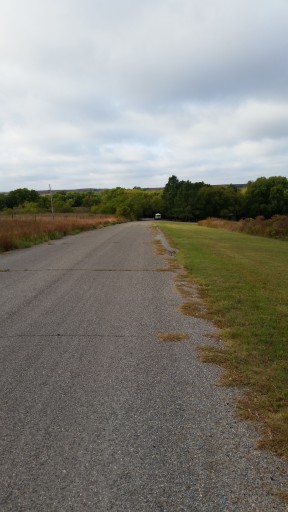 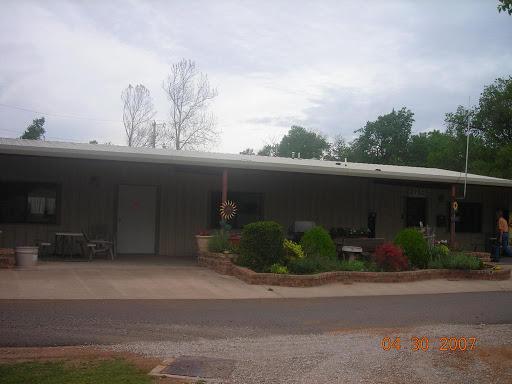 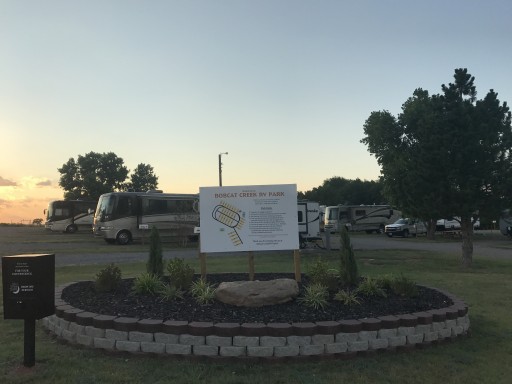