Owner Allows His Dogs To Roam Free
Biggest problem is owner let’s his dogs roam free. Not great for big rigs to maneuver depending what site you get. Bathrooms are small and dated. Long term rvs not well maintained. Breakfast and WiFi was great.

Nice One-nighter.
This was an overnight stay while traveling farther north. Site 13 mostly level so stayed hitched and didn’t bother leveling- close enough for one night. The site accommodated our truck plus 22’ trailer just fine. Cedar trees shading the site were positioned just right to shade the trailer from the hot afternoon sun. A nice bonus: WiFi works and is fast!

I made reservations one week in advance for site #3. One of 7 level pull through sites. We arrived on time to find that our site had been given to a new arrival one hour earlier. The owner told me that he does not honor reservations. He would not refund our deposit. Do NOT trust your credit card or try reservations at this KOA.

Not Dog Friendly! STICKERS!
This is a KOA. I thought they had standards! They have lowered their standards for sure. The road in is very narrow and rougher than most dirt roads. In the gate and yep, dirt roads. Recycled asphalt. Our "deluxe" pull through site was so poorly designed that we had to pull out hoses and extra cords that we have never had to use. We could pull through but in order for us to reach the hook ups at all, we had to unhook from our rig. So much for pull through!! Water pressure was non existent. I found right away this place doesn't care about being"pet friendly". I took our dog out of the truck to head toward the dog park and she froze in place, and started trying to get the stickers (which were everywhere) out of her paws! I then realized if I were going to get her to the dog park, I would have to carry my 40 lb dog. Now they had just put in a small fenced area covered in mulch for dogs, but getting to it was through a weed, sticker patch. Of course we don't recommend!

A One Nighter
Mosquitoes galore! We had a tent site. The pool is nice and the kids had a good time in it. The green areas were full of goat weed which has a lot of stickers. The staff was first rate. The hamburgers that they sell from May to October were fantastic. The tent sites had no water.

Adequate Accommodation
7/12/2018, pulled into this KOA at 1:30pm. Office closed until 3pm. However, the gentleman performing ground maintenance was quite helpful and led us to site 11. Fairly level site. 30 amp, water and sewer. Sitting outside. Very minor highway noise. Friendly people. Restrooms clean with several showers, a couple of toilets and plenty of sinks. They've had heavy rain recently and the roads to the sites are a bit rough but certainly passable. Give it a try.

Don't bring your dogs if they like to play. Can only walk your dog on the road. stickers everywhere. on the campsites, in the dog yard, everywhere. Paid for a week but left in two days .couldn't take it .dogs hate it. we hated it. terrible place.

Enjoyed our one night here. Agree that the sites could use some leveling. Debby was a most gracious host. Good luck with your trying to retire!!!!!

Blew In
Blasting winds on I25 nortbound from ABQ pushed us into KOA around noon. Nice folks and all the usual KOA amenities along with the usual KOA high prices. $42 in March 2016. Rustic surroundings with cedar and pinon trees. 30A site needed some leveling blocks. 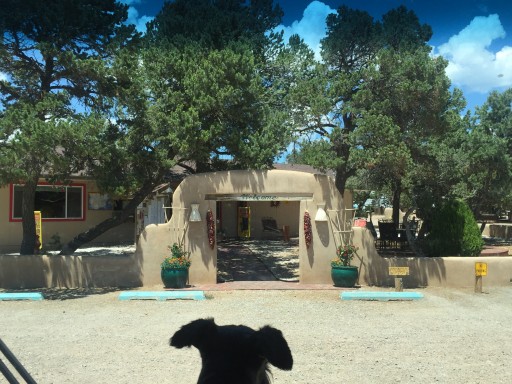 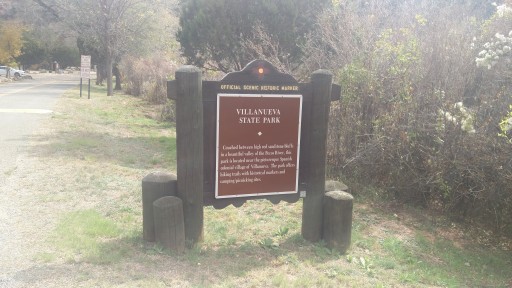 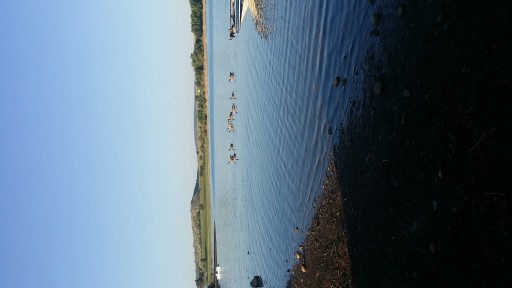 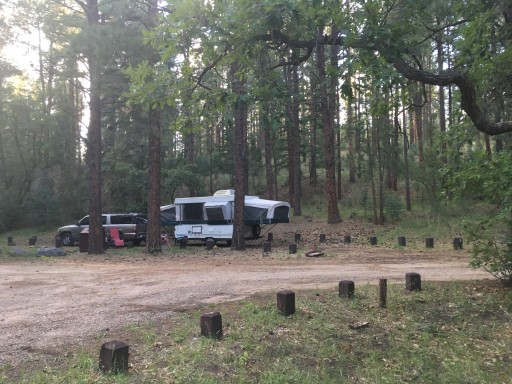 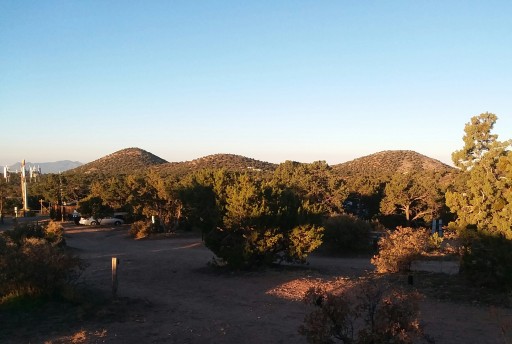