Oh The Smell
Not much I can add as the other one star reviews are right on point. Definitely the worst KOA we have stayed at and that’s saying a lot after 5 years of full time travel. Forget being outside. The huge cattle stockyard across the road and millions of flies are the biggest problem. Pretty sure the air is toxic. Unlevel dirt sites and dirt roads, most sites are full time residents. Old trailer park vibe.

This was horrible! First of all, I never pay attention to people who complain about the host in their review BUT the host here is nothing short of belligerent. So remarkably rude! The WiFi is useless. But the worst part is the stench. There is some kind of horrible smell that actually kept us from sleeping. I don’t mind cows and horses smell - this was something else. And it was BAD! I’m surprised KOA hasn’t done something about this park. I thought they had certain standards......

This park is not worth the price. The sight was not level, the road getting in was rough, and there was a horrible smell coming from the feedlot across the street.

Worst Shower In Any Campground Ever!
No pressure and it’s either scalding or freezing. Crazy!

Very Nice Campground
Nicely laid out level lots. Easy in and out pull thrus. The lady I spoke to on the phone was very nice and helpful. We got there a little after closing and she had our envelope all ready for us out in the mail box. Conviently right off the highway but very quiet. Would highly recommend this campground.

Worst KOA
Stopped in while traveling to purchase a shower as I have in many other KOA's. They wouldn't let me shower unless I purchased a tent site at $32. To say the least I went elsewhere. Flies were horrible and invaded my Van when I was getting in and out of it.

Manure Extreme!
We arrived on a cool and windy evening. The place is clean and well taken care of. Showers, bathrooms, pool are nice. A little convenience store is nice and the owners are helpful. The problem is: the park is located next to some sort of a cow farm. When the winds died down in the middle of the night the stench became awful. No way to drink coffee or eat breakfast outside! It looked like most RVs were there long term, but i could not wait to leave the stinky grounds! And oh, did i mention the flies? The flies entered our car and RV in multitudes....

Cement pads with lots of room between them in a relatively quiet park. Though most were permanent residents, everything was still very well kept up. Laundry and shower facilities very clean. Only negative is that since it is surrounded by a cow pasture, the smell, flies and mosquitos prevented us from sitting outside. 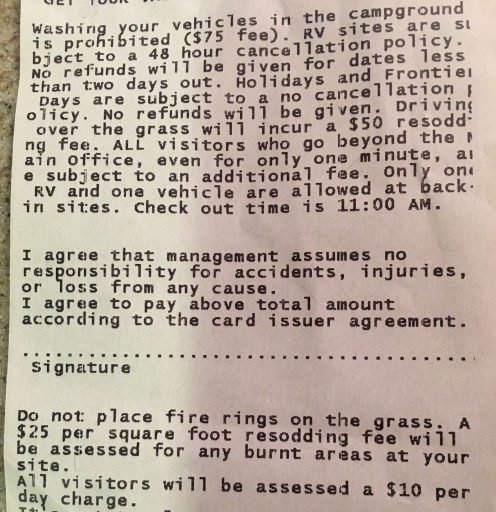 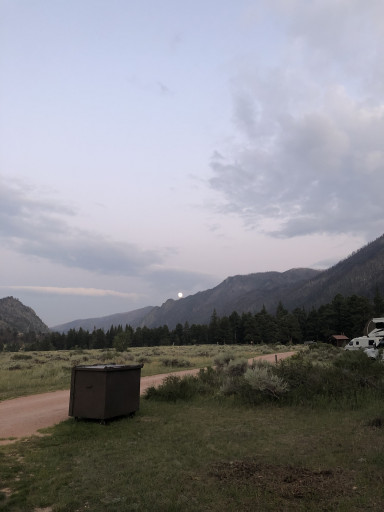 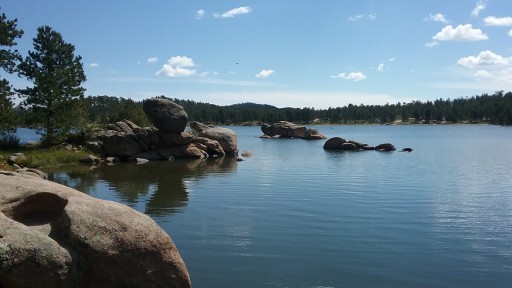 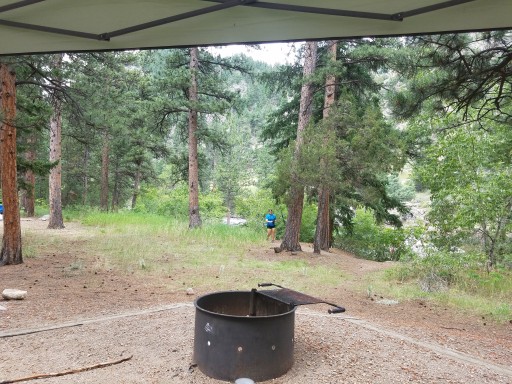