Nice KOA. Stayed one night on way to Grand Canyon.

Meh...
Super over crowded. No level spaces, as new RVers we found it difficult to level it out. Showers ok, lots of hot water. Fun playground for the under 13 crowd but everything else was closed because of covid still ... Would not pay what we did to stay there again.

Nice Park
The Flagstaff KOA was pretty nice. The spaces are pretty close together and some were a little unlevel, but ours was just fine. The location is great, right next to Elden Mountain. The facilities were clean and the staff was friendly. We would stay here again.

$15 For Potable Water And Dump
Called and confirmed potable water and dump price, $15 on one receipt. Reasonable price.

Tight But Pretty
As reported, tight spaces. Many sites are not completely level, but generally long enough. Staff friendly. Needs new gravel. The cover to our electrical panel fell off.

Past reviews are correct regarding it being tight. It's a challenge with a 38' coach. Fortunately we had already unhooked the tow car. Not sure we could have navigated to the spot with it hooked up. First space was unlevel to the point we couldn't get the coach to level out. BUT...staff was VERY good about moving us to a more level spot. Offered additional blocks if needed. Might have given 4 stars the wifi had been better.

Typical KOA
As you would expect, it's expensive to stay here compared to non KOA camping. My site was a premium pull through that was almost level. Had to block one side front and back before I called it good enough. Site was narrow with one slide brushing up against the tree. Utilities worked well once I understood that all breakers must be turned on to get 50 amps. Roads are quite narrow so big rigs must be extra cautious. Restrooms needed cleaning. Did not use laundry. Lots of stuff for kids to do.

HORRIBLE
Please save your life and don’t ever go here. Staff left and your screwed. Sewer was filled in. Sites so un level need center blocks to set up. Man please someone shut this place down

Overpriced. Lot was not level. Litter and burnt wood chips all over ground. Needed 100’ of hose for water and had to use an extension for power. Disappointed.

Needs Improvement And Upgrades
First visit and not impressed. Sites are not level at all. Also the site we had 79 was close to tent campers and kinda tight to get in and out of. This site also had some litter, paper and cigarette butts. Had to call for a picnic table that was missing. Bathrooms had clogged toilets. Beware when making reservations all rv sites do not have sewer hook up. Double check before reserving. The dump station near exit was busy at check out. Probably will not stay here again. Needs improvements.

Family Camping
Booked 2 sites next to each other for family camping trip. Was given the site numbers but when we arrived both sites had been given away and ended up with 2 sites at opposite ends of the park. Both sites however were nice sites so did not ruin the trip. But it would have been nice to feel that the booking would be honored. Very nice park. Friendly staff. Everything is clean and we'll kept.

Highly Enjoyed
We are a large big rig towing an enclosed car hauler totaling approx 65 ft. We didn't have an issue at this KOA with our pull thru site in the back. Clean space, nice staff, and clean facilities with lots of places to throw your trash, that are emptied throughout the day. We walked around and saw many sites, some close together but still set up nicely. Dog park is upfront near the kids play equipment. Easy on and off access for our rig. We stayed at the other koa south in flagstaff as well and hated it horribly. We will stay here again due to the friendly staff, clean-quite facilities, and large pull thru site for our rig and tow. We booked one night before arrival and still got an awesome site.

Ugh
Tight spaces. Rude staff. Overpriced. We had used this KOA as a launching off spot for Grand Canyon visits for several years. Never again after last 2 visits dealing with staff who messed up our reservations twice then refused to accommodate our rig. Do not recommend is you are just traveling through or have a large rig.

Never again . Made reservations on March 31st 2017. Got to the campgrounds checked into what site 150. Got to site 150 and there was a camper there with chairs and tables everywhere. Called the desk they said the occupant was having issues and they would come down and move the camper so that we could pull in but in the meantime we could pull around by the dump station and wait. 2 Days Later the camper was still Insight 150 never moved. Staff very unfriendly very hard to deal with very crowded bathrooms were dirty. Would give it zerp stars but will not let me

It's a KOA
Tight lots, free, clean hot showers. Military and KOA discounts. All in all, not bad.

Nice Spot! Quiet clean safe and great hiking trails with direct access to the park. It was a little pricey. Stores and Mall also just a short walk away or a very quick drive if you don't like walking.

Not Bad For A Night
Stayed here for just one night. Could not get Wi-Fi to work. Sites are not very level, so be prepared. Other than that not bad, would stay here again.

We have stayed at this KOA several times and it has always been good. Close to downtown Flagstaff and attractions. Even used it as a home base for a Grand Canyon trip.

Toooo Much $
This was the most I ever paid $65 fhu. Other than that it's ok. The fire ban was a bummer but not their fault. Our site was pretty level, showers a bit small but it worked

Coach
Typical koa. Everything clean, friendly staff. Spaces are tight as if there trying to put as many RV's in one location as possible. Would stay again 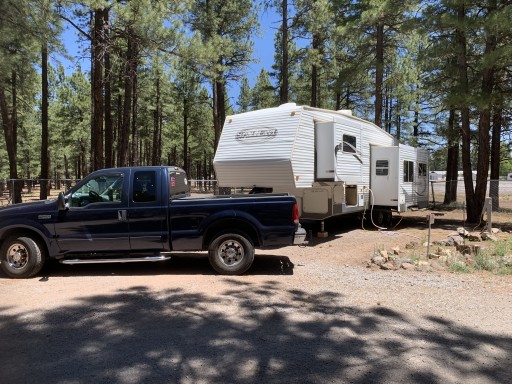 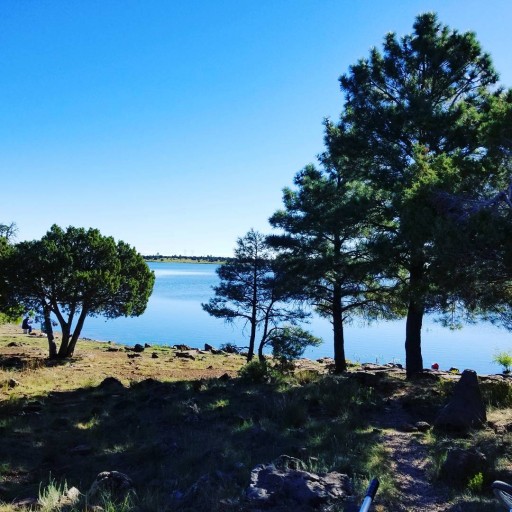 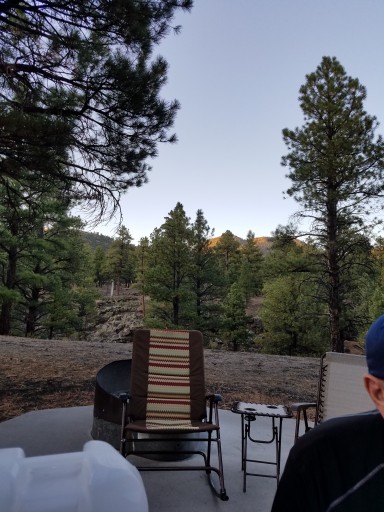 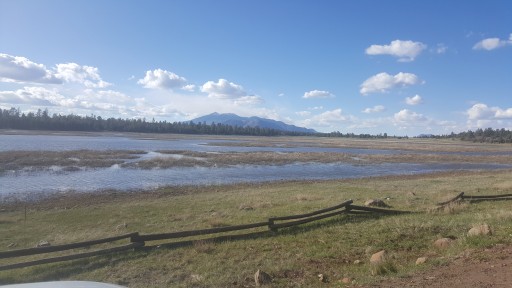 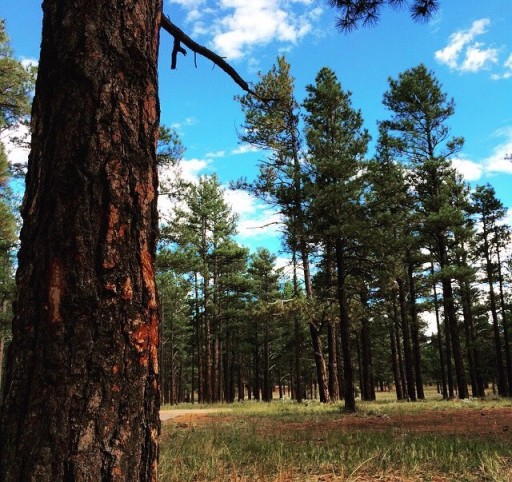